By Ann Schmidt For Dailymail.com

The Thunderbird’s in the shop waiting to be tinkered with, there’s a fully-staffed town hall and the movie theater is showing Singin’ in the Rain.

Welcome to Glenner Town Square – a downtown of shops, restaurants and even a nursery, all built around a green – but all is not as it seems here. This 25-building town evocative of the 1950s is being constructed entirely as a visitor center for Alzheimer’s patients inside a warehouse in San Diego.

The shops and restaurants will be staffed, the theater will show movies from the 50s, and the nursery will house lifelike therapy dolls for patients to care for, all to help jog their memories of their youth and spark conversations.

Visitors to Town Square will be able to play with real animals from the local Animal Rescue Society at the pet store, walk down the aisles of a grocery store, enjoy the grand lobby of a vintage hotel, get their nails done in a beauty salon or workout at the fitness center – all designed like the 50s.

‘Reminiscence therapy is really an opportunity to cap into long term memories.’ Glenner Town Square is being built to help dementia and Alzheimer’s patients to remember their pasts. A scaled version of the San Diego County Administration building, which designers will call the City Hall, pictured, has already been completed The town square will be fully functioning, with offices for administrators, pictured, that were designed by interior designer Marsha Sewell The San Diego Opera’s set design team is building the Glenner Town Square piece by piece. Unlike their typical two-dimensional sets, these buildings will be fully functional

‘Short term memories are typically more affected [by Alzheimer’s disease] than long term memories. So if you create this type of environment, the idea is that it will allow for unlocking some of those long term memories and creating an experience that is really beneficial to the participant and their family.’

That is why Town Square will look like it’s from the 50s. Most Alzheimer’s and dementia patients were in their teens, 20s and 30s at that time, when they formed some of their stronger memories like graduating high school, getting married and having children.

Scheduled to open in 2018, the entire town is being built from scratch by the San Diego Opera’s set designers, with some help from a Hollywood prop company that will recreate and replicate some of the pieces inside Town Square. The town will be run by the George G. Glenner Alzheimer’s Family Center like a day care center for adults, allowing grouped patients to go through the storefronts with specific programming at each location Some the walls can be seen in the San Diego Opera’s scenic shop in Barrio Logan, where the set design team is creating the buildings from scratch. Currently, the Glenner Center is working with a Hollywood prop company that will recreate and replicate some of the pieces

Architect Douglas Pancake, who specializes in housing for senior citizens and interior designer Marsha Sewell, who specializes in historic buildings, are helping to design Town Square, which will be run by the George G. Glenner Alzheimer’s Family Center like a daycare.

Families will be allowed to go through Town Square with their loved ones or leave them for a few hours or the entire day, from 8am to 7pm.

The center will be split into six different neighborhoods based on areas in San Diego. Patients will be grouped with others who are like them and each group will move through the storefronts and do activities like playing with animals at the pet store, having a coffee at the cafe or seeing a movie in the theater.

They’ll even be able to go in a garage and tinker with the real 1959 Thunderbird, which the Glenner Center has already bought. It now sits at one of their centers and after it was brought there, a patients who has dementia saw the headlights and declared it was a ’58 or later.

Though it might not seem to be a big deal, ‘being able to say “That is so-and-so” – that is amazing’, Sewell told The Atlantic. Town Square will look like it’s from the 1950s, with functioning shops, restaurants and even a movie theater to help give patients better quality of life and improve their memories, attention and reasoning The 25-building town square is meant to create an immersive experience of reminiscence therapy, a common tool used for patients with Alzheimer’s and dementia The activities will be organized by the Glenner Center to specifically help Alzheimer’s and dementia patients. Tarde said it is important to remember that Town Square is not meant to be juvenile or silly. Visitors will be able to go to a garage and tinker with this real 1959 Thunderbird, which was bought by Glenner Center

‘This is a dignified experience and something that really is beneficial for the families as well. Family members really don’t have that opportunity to engage with their loved ones and go to places like a movie theater. It’s not even an option for them anymore.

Though this is the first center of its kind in the US, the Glenner Center is a 35-year-old non-profit organization devoted to caring for people with memory impairment. They already have three centers in the San Diego area where they care for Alzheimer’s and dementia patients in other daycare programs.

There are an estimated 5.4million Americans with Alzheimer’s disease, according to the Alzheimer’s Association. That number is expected to grow as Baby Boomers get older and the US population continues to age.

In the midst of that growing number, the Glenner Center hopes to give their patients a better quality of life but they won’t stop at San Diego. The first set piece to be finished was a scaled version of the San Diego county administration building, pictured inside, which was designed by architect Douglas Pancake and interior designer Marsha Sewell. This is where the staff will work on-site Within the Balboa Greens part of Town Square is a park with benches, flowers, trees and lampposts, which will be used as a resting place or a place for visitors Once they finish building their first project in 2018, Tarde said the Glenner Center plans to expand the model and bring similar immersive environments to communities across the country and possibly the world Patients in Town Square will be able to go to the library/bookstore to look at books, magazines and newspapers or enjoy the grand lobby of a vintage hotel Once they finish building their first project in 2018, Tarde said the Glenner Center plans to expand the model and bring similar immersive environments to communities across the country and possibly the world.

‘Ideally, we would develop at the rate of five centers per year over the next ten years,’ Tarde said, adding that it is a straightforward model, with the goal of being affordable.

Town Square has a capacity of 75 patients, with one staff member for every five patients, at the cost of $ 95 a day. The national average cost for assisted living is $ 4900 a month, according to Tarde.

The first set piece to be finished was a scaled version of the San Diego County Administration building, which designers have called ‘City Hall’, designed by Sewell and Pancake.

For Sewell, being able to participate in a project like this is a way for her to give back.

‘Alzheimer’s and dementia is like cancer. It affects every family,’ Sewell said. ‘We’ve all been touched by it, so if there’s anything that anybody could do, especially me, to help, I’m happy to do it.

‘It’s very rewarding work because it’s not just a building. You’re helping a person,’ she added.

While the Glenner Town Square will be the first of its kind in the US, it is not the only immersive  experience for adults.

The village of Hogeweyk in the Netherlands is a fully functioning village designed specifically  for patients with dementia. The village has restaurants, shops and gardens where patients, who are also residents, can roam free. Areas of the village are designed according to different lifestyles for the 152 dementia-suffering seniors.

A care home in Gloucestershire, England, called Scarlet House, has transformed a room into a vintage train carriage to help dementia patients. A TV screen sits in place of a window and plays footage from a real journey, so ‘passengers’ feel as if they are actually watching the English countryside go by. The village of Hogeweyk in the Netherlands is a fully functioning village designed specifically for patients with dementia. Pictured is a model of the village The village has restaurants, shops and gardens where patients, who are also residents, can roam free Forcing yourself to smile isn't enough to make you feel happy 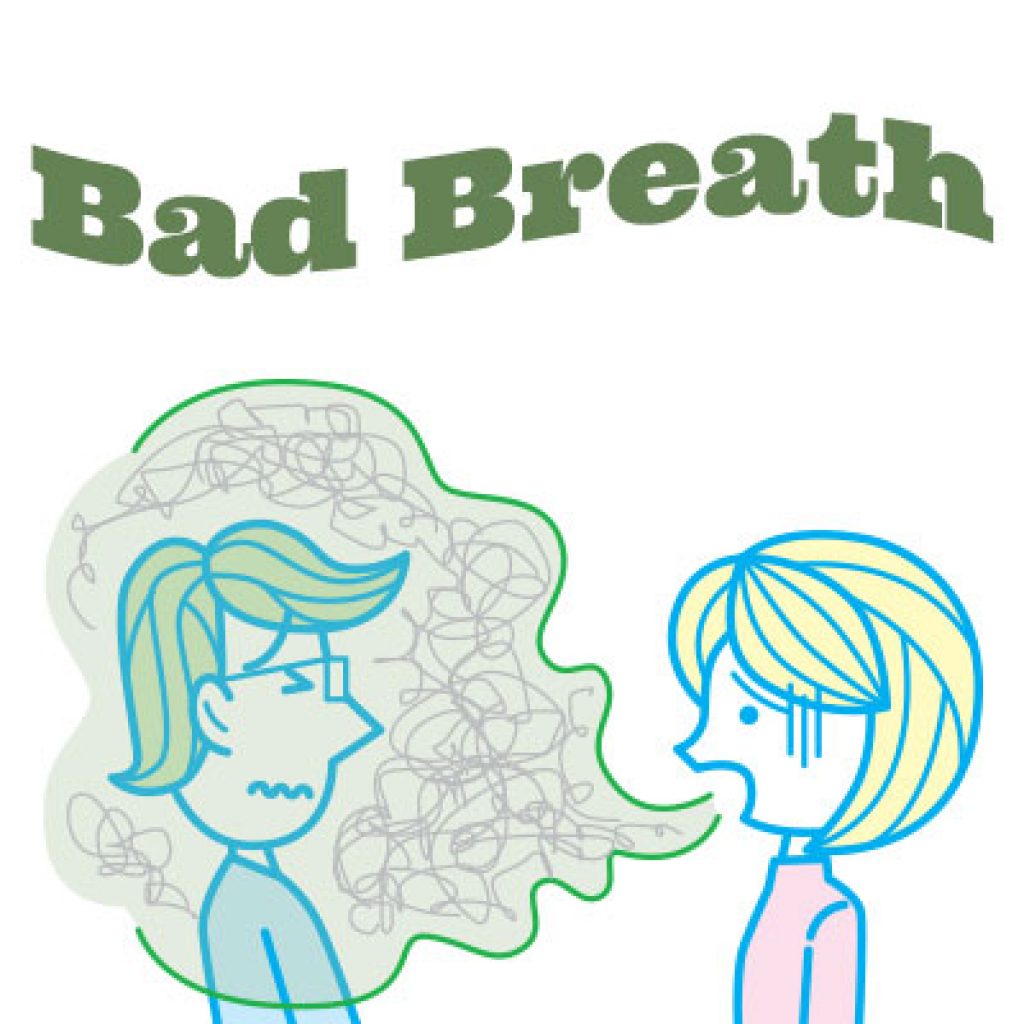 How did I Solve my Bad Breath Problem?”