By Mary Kekatos For Dailymail.com

Researchers have found a way to make cells resistant to HIV, a new report reveals.

In a major breakthrough, scientists have tethered HIV-fighting antibodies to immune cells, creating a cell population resistant to the virus.

These resistant cells can quickly replace diseased cells, making it more effective than other therapies – and potentially curing the deadly disease.

The researchers plan to collaborate with investigators at City of Hope’s Center for Gene Therapy, in California, to evaluate this new therapy in efficacy and safety tests, as required by federal regulations, prior to testing in patients. Scientists have found a way to make cells resistant to HIV by attaching antibodies to cell receptors, which block the virus from infecting them. Diseased cells die off and the protected cells spread the protective gene to new cells, making a resistant population

The research, conducted at The Scripps Research Institute (TSRI) in San Diego, California, first tested their system against rhinovirus, which is responsible for many cases of the common cold.

They used a vector called lentivirus to deliver a new gene to cultured human cells.

The team then had cells synthesize antibodies that bind with the human cell receptor that rhinovirus needs to gain access.

With the antibodies monopolizing that site, the virus cannot enter the cell to spread infection.

You can get or transmit HIV only through specific activities, most commonly through sexual behaviors and needle or syringe use.

They’re often broken into six groups because they work in different ways.

Doctors recommend taking a combination or ‘cocktail’ of at least two of them.

Called antiretroviral therapy, or ART, it can’t cure HIV, but the medications can extend lifespans and reduce the risk of transmission.

NNRTIs bind to a specific protein so the virus can’t make copies of itself.

These drugs block a protein that infected cells need to put together new copies of the virus.

These drugs help block HIV from getting inside healthy cells in the first place.

This stops HIV before it gets inside a healthy cell, but in a different way than fusion inhibitors. It blocks a specific kind of ‘hook’ on the outside of certain cells so the virus can’t plug in.

These stop HIV from making copies of itself by blocking a key protein that allows the virus to put its DNA into the healthy cell’s DNA.

Cells without antibody protection died off, leaving protected cells to survive and multiply, passing on the protective gene to new cells.

In the technique tested against HIV, all strains of the virus need to bind with a cell surface receptor called CD4.

After introducing cells to the virus, the researchers ended up with an HIV-resistant population. The antibodies recognized the CD4 binding site, blocking HIV from getting to the receptor.

‘This is really a form of cellular vaccination,’ said senior author Dr Richard Lerner, Professor of Immunochemistry at TSRI.

Researchers say the new technique offers a significant advantage over therapies where antibodies float freely in the bloodstream at a relatively low concentration.

Dr Jia Xie, a senior staff scientist at TSRI and first author of the study, called it the ‘neighbor effect’. An antibody stuck nearby is more effective than having many antibodies floating throughout the bloodstream.

The ultimate goal will be to control HIV in patients with AIDS without the need for other medications.

Although the annual number of new HIV diagnoses declined by 19 percent from 2005 to 2014, the disease is still prevalent.

More than 1.2 million people in the US are living with the virus, and one in eight of them don’t know it.

‘HIV is treatable but not curable – this remains a disease that causes a lot of suffering. That makes the case for why these technologies are so important,’ said Dr Joseph Alvarnas, from City of Hope.

In addition to the collaboration, Dr Xie said the next step in this research will be to try engineering antibodies to protect a different receptor on the cell surface.

Dr Carl Dieffenbach, of the National Institute of Allergy and Infectious Disease, told Daily Mail Online that while the design of the idea is interesting, there is a fundamental problem when it comes to gene therapy.

‘How do you know how to put antibodies into the right cells?’ he explained.

‘HIV is notorious for generating large variations and what will happen is that some population of the virus will not bind to the antibody so you’ll kill off sensitive cells but the virus will continue to grow.

‘With antiretroviral drugs, we have to use a three drug cocktail because of the virus’s many variations so you would have to use a similar cocktail of antibodies.’

Dr Dieffenbach added that while there have been several tantalizing research breakthroughs in the last five years, the new findings have yet to be proven in clinical trials.

‘We have amazing therapy and really effective therapies, very good tools. But we’re not at the point yet where we can make better tools, like a cure or a vaccine,’ he said.

Forcing yourself to smile isn't enough to make you feel happy

October 31, 2016 Zimka Comments Off on Forcing yourself to smile isn't enough to make you feel happy 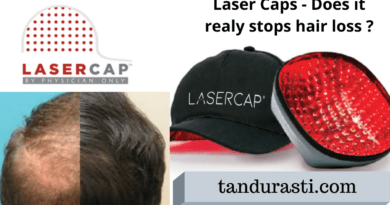