By Emma Glanfield for MailOnline

A teenager who spent years not realising she was suffering from a rare skeletal condition was diagnosed with scoliosis  after watching a Richard III documentary.

Jennifer White, 19, from Birmingham, West Midlands, always wondered why her hip would pop out at an odd angle but brushed aside her worries believing it was nothing serious.

However, after watching a programme about the former King Richard III, who infamously had a hunchback, Miss White and mother Johanna realised the 15th century monarch’s symptoms were similar to her own.

After making an appointment with her doctor, she was diagnosed with scoliosis and X-rays revealed her spine was bent at a shocking 63 degree angle.

Jennifer White, 19 (left), from Birmingham, West Midlands, was diagnosed with scoliosis and X-rays revealed her spine was bent at a shocking 63 degree angle (right). She was diagnosed after going to the doctor after realising her symptoms matched those of King Richard III

Medics told her that if the condition had been diagnosed any later, they may not have been able to operate. Luckily, it was caught just in time and she has now made a complete recovery.

Miss White, a media production student at Staffordshire University, said: ‘When I was younger, there were a few occasions where I noticed my hip was sticking out – but I’m a worrier, so I thought I was just over-reacting.

‘But one day my mum was watching a TV programme about Richard III, about how his body was found in a car park.

‘When it got to the point where they were showing his skeleton that had been discovered in Leicester, she said ‘oh, maybe you have scoliosis too’, almost as a bit of a joke.

‘But then I looked into it further, and there were so many similarities – it just clicked, and suddenly everything fell into place.

‘We made an appointment at the doctor’s straight away, and that’s when I got diagnosed. Really it’s like Richard III helped diagnose my scoliosis!’ 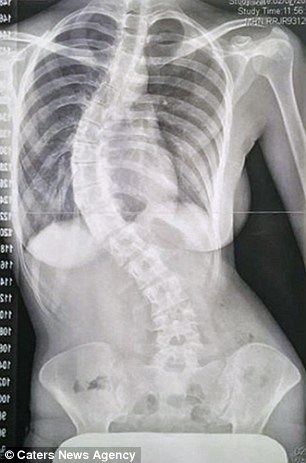 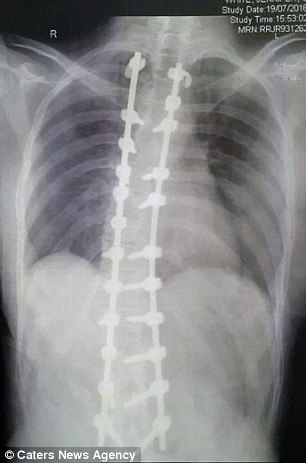 Miss White was diagnosed with scoliosis and X-rays revealed her spine was bent at a shocking 63 degree angle (left). She has since had corrective surgery to straighten her bones (right) 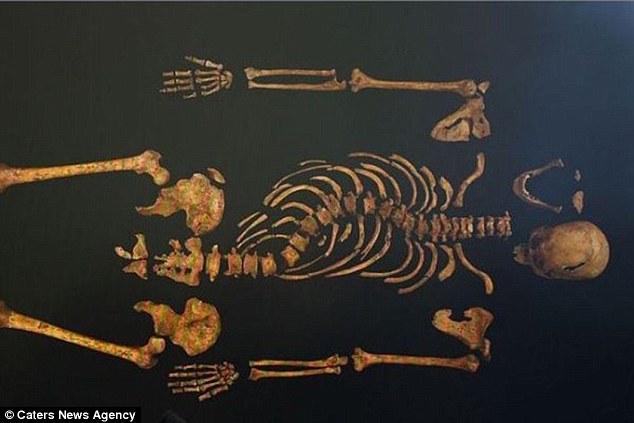 Miss White said: ‘Really it’s like Richard III helped diagnose my scoliosis!’ It comes after she realised her symptoms matched his when watching a documentary about his skeletal remains

Miss White finally had surgery to correct the dramatic curve in her spine last month – and she is thrilled with the results.

She added: ‘I don’t really know when my spine first started curving, but it would’ve worsened as I went through puberty.

‘I don’t know why I never picked up on it before – it just wasn’t something I noticed, you don’t tend to look at your own back.

‘After my mum watched the TV programme, I did a lot of research and by the time the diagnosis was confirmed by the doctor I’d come to terms with it.

‘I think my mum did feel really guilty though – she didn’t know how she couldn’t have noticed before. But it wasn’t something anyone would think to look out for.

‘I have idiopathic scoliosis, which means doctors don’t know why I have it or what caused it.

‘In scoliosis a curve is common – anything between five and 10 degrees is nothing to worry about, but over 50 degrees needs surgery – and mine was 63. 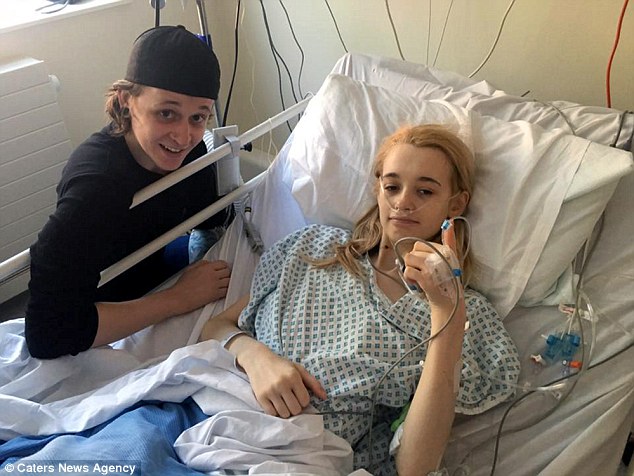 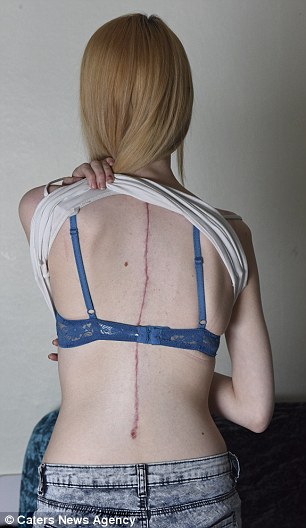 ‘Because I was 18 by the time I saw a doctor, I was told surgery wasn’t essential because I had stopped growing – the curve wouldn’t worsen, but the pain might.

‘I just wanted to get it fixed, so I went ahead with the surgery.

‘I think if we hadn’t seen that programme on Richard III, I would’ve realised what was wrong eventually – but it probably would’ve been a few years down the line. 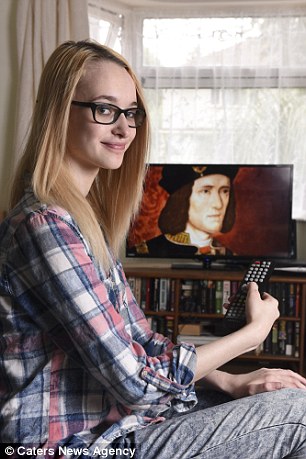 ‘By then, it might have been too late to operate – as the older you are, the less they recommend surgery.

‘If it wasn’t for that TV show, I could’ve have been stuck with a curve and back pain forever.’

Incredibly, just over a month after having back surgery, Miss White’s spine is almost completely straight – and she’s already up and walking around.

She said: ‘I’m so happy with the results.

‘When I had the curve, it was really difficult to go out and do things.

‘I couldn’t do sport, if I went shopping I had back pain after 20 minutes, and nights out were ruined.

‘I know some people have it a lot worse so I’m lucky in some ways, but it was just awful.

‘Now that I’ve had the surgery, I already feel so much better – my recovery is going really well, and a lot quicker than I thought it would – the staff at the hospital were amazing, and my family were so supportive.

‘It was terrifying to think about, and I’ve got a long way to go until I’m fully recovered, but I’m so glad I did it.

‘I’m just so much happier as a person – it’s weird to think something so simple as a curved spine could have such an impact on my life.’

May 3, 2018 Zimka Comments Off on Smearing ‘good bacteria’ on skin of eczema sufferers eases symptoms