If you’re the type of gal who throws around the F-bomb before working up a sweat, you’re probably making your workout more effective.

Such were the findings of new research, which found that swearing can make you stronger.

In the first experiment, 29 people went for a short ride on an exercise bike, after both swearing and not swearing.

When the participants swore before jumping on their bikes, they produced more power in their pedalling.

For the second experiment, 52 people did an isometric handgrip test twice – before swearing, and after.

People who let out rude words before the test had a stronger handgrip.

The researchers had a feeling this may occur because swearing triggers the &apos;fight or flight&apos; response.

Triggering the sympathetic response, they figured, could increase your strength.

However, none of the participants’ other parameters (like heart rate) changed, which showed the sympathetic nervous system may not have been the reason.

The researchers couldn’t quite put their finger on why swearing made people stronger.

Counselling Psychologist Tamara Rosario has a theory as to why this might happen.

She says saying ‘bad’ words is often linked to anger and frustration. When you release those feelings, you’re likely to be hit by an “adrenaline release”.

That adrenaline rush may then fuel your workout, getting you pumped up right from the outset.

“And most of us know that if we think and feel powerful and strong, we’ll increase our power and strength.”

If the idea of cussing in front of a whole group of strangers makes you uncomfortable, you probably won’t like what Bouse has to say next.

While you might think it’s okay to get away with swearing inside your head, she reckons the best way to use this to your advantage is to actually say the words out loud.

Saying this kind of stuff out loud, she says, “separates it from the endless chatter in our heads and makes us take ownership of the sentiment more”.

While this research looked at the effects of swearing before exercising, letting out a few expletives during your workout might also fuel your internal fire and remind you just how strong you are, just when you feel like giving up.

It’s best to check there’s nobody nearby who could hear you and think you’re directing your slew of profanities to them!

Of course, if swearing really ain’t your thang, there are other ways to get fired up before hitting the gym.

Posture can play a huge role in amping you up, Bouse says.

She says self-help author and motivator, Tony Robbins, “literally jumps up and down to change his ‘state’.”

Meanwhile, sports teams often engage in a “hoorah” moment before running out onto a field. That group huddle and screaming can rev them up to feel even more pumped to achieve.

Similarly, athletes often visualise or rehearse their races before taking part in them, which helps them build confidence on the actual day.

All these methods can help you feel stronger and more amped up.

Mind you, Bouse says, “For some, swearing just ‘hits the nail on the head’ in a way other words don’t.”

So if it feels good to curse before breaking a sweat, there’s no need to curb such behaviour.

Sometimes all it takes is a few ‘bad’ words to help you do your best.

How fit are you?

(Oh, and just FYI, you can buy the singlet above, here.) 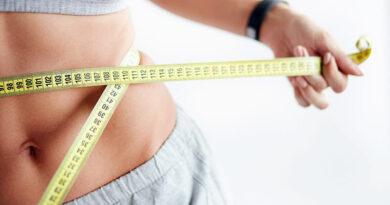 Workouts to Blast your stubborn fat away

June 14, 2019 Zimka Comments Off on Workouts to Blast your stubborn fat away

‘I put on weight and have never looked better’

April 17, 2017 Zimka Comments Off on ‘I put on weight and have never looked better’